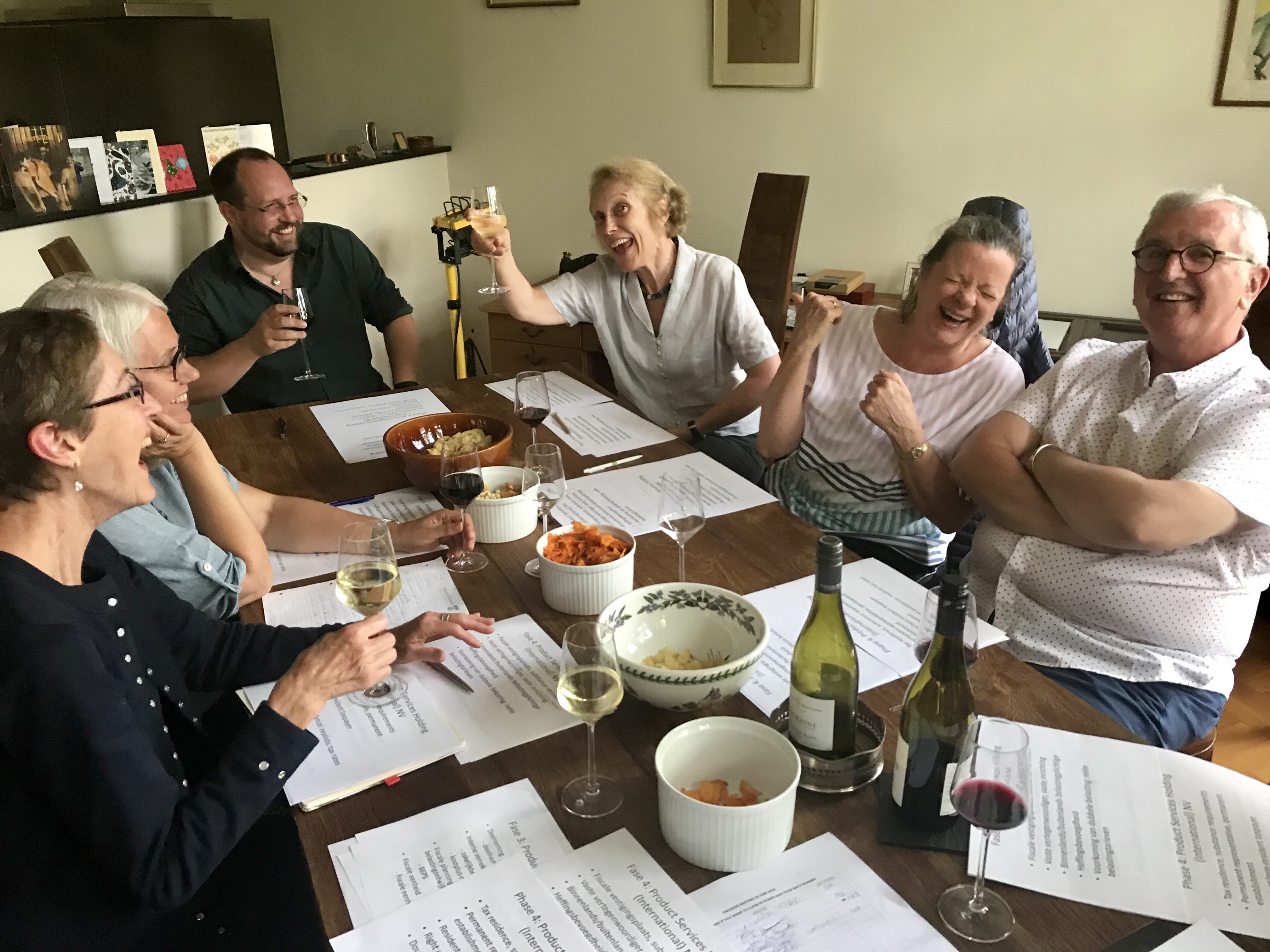 Nine of us gathered at John Alexander’s place in Amsterdam for an excellent sparring session over a glass of wine. I don’t think I’ve ever had so much fun discussing taxes!

Rob Bradley took the title of his presentation from Jean Baptiste Colbert, a French Minister of Finance under Louis XIV, who said that ‘the art of taxation consists in so plucking the goose as to obtain the largest amount of feathers with the least amount of hissing.’

Rob described what it’s like working in this market niche:

We then discussed Rob’s handout (content available to SENSE members only), which followed a hypothetical company as it grows and starts to form a group – first domestically, then internationally. After that, we talked about what facilities and arrangements the company can use to optimize its tax situation, and how it interacts with the tax authorities. The handout provided attendees with Dutch and English terminology relevant to each stage in the company’s development.

Rob explained the many finer points brilliantly, like the difference between a vrijstelling and an aftrekpost, or between loonbelasting and loonheffing. He also explained base erosion and profit shifting (BEPS) and the arm’s length principle.

Rob helped us understand how tax rulings used to work: the national government and the company negotiated the total tax bill the company would have to pay. Today, the company and its tax lawyers propose a specific corporate structure, and the country’s tax authorities provide advance certainty on its tax treatment. A ruling is far more tightly controlled and above board. Its validity is limited to four years. During that time, changes in legislation can override agreements in the ruling.

There was a lively discussion on the shift in public opinion on tax planning by companies. In just a few years, this has gone from ‘smart’ to ‘immoral’. Then and now, the object of tax planning is 100% legal tax avoidance, rather than illegal tax evasion. Let’s face it, none of us want to pay any more than we have to, whether we’re multinationals or freelancers! Though as one member remarked, it is some consolation to see your tax money relatively well-spent, as it is in the Netherlands.

One member said: ‘I thought the speaker was very knowledgeable and I will certainly use his handout in future as a reference. His understanding of his field and his craft are impressive.’

We wrapped up with a big thank-you for Rob and our host and convener John. Alison Gibbs has offered to present at our next meeting after the summer. Topics buzzed round, but she’ll let us know nearer the date. Watch this space!

For further reading, see the International Financing Reporting Standards (IFRS) as adopted by the EU (multilingual display optional). Individual language versions of more recent IFRSs are also available in English and in Dutch.