End of an (editing) era 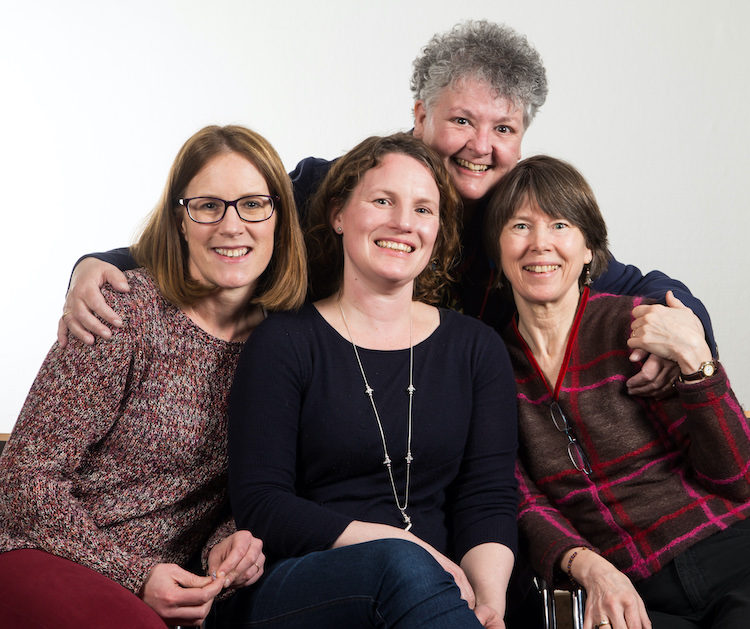 After 20 happy years as a freelance language editor and translator, Ragini Werner is retiring. Gini (as she prefers to style herself) has been very active in SENSE over the years; founding the Special Interest Group for members in the three northern provinces (SIG Far North) in 2007, filling the role of membership secretary in 2010 and taking the helm of SENSE magazine eSense from 2015 to 2017. In this blog post, we look back on her rewarding career and find out what her plans are for the future.

Gini started her freelance business NEEDser (Native-English Editing + Translation Service) after training as a journalist in London and working for 20 years at Elsevier Science in Amsterdam, where she started off as a data entry typist for Embase and ended up the editor of company magazine ES World. The first thing she did after joining SENSE in 2007 was attend the SENSE/ITV editing course run by Ruth de Wijs and Jackie Senior in Utrecht. ‘These two taught me the basics of the business,’ says Gini, ‘and gave me the confidence to become a solid language professional.’

‘Lucky for me,’ Gini adds, ‘when I started the new SIG, Jackie was working in Groningen and was one of the first to join. Inevitably, she mentored me, giving all the reassurance a novice would need. The best advice she gave me was not to take it personally if a client didn’t pay on time. "It’s no reflection of your quality," she said, "they just might have forgotten. So be business-like, pick up the phone and get them to pay." I’ll be forever grateful to Jackie for her wise approach to work.’

Gini has created valuable content for SENSE, guided initially by her predecessor at eSense, Cecilia M. Willems. ‘Cecilia was another great mentor to me. During our transition, she acted as a tactful sounding board for my wilder ideas. She helped me broaden the scope of eSense – then a members-only newsletter – and helped lay the basis for the glossy e-magazine it later became: published online and as a pdf, not only for members but the public at large.’

‘I couldn’t have produced such good content without the help of my faithful team,’ says Gini, pictured above hovering behind her regular eSense columnists-cum-copyeditors: Sally Hill, Marianne Orchard and Anne Hodgkinson (photo by Michael Hartwigsen). The 11 issues Gini and her eSense team created not only showcase the excellence of our members, serving to promote the Society, but are filled with information for language professionals that is still highly relevant today. Do yourself a favour and take a look through the issues. Do you want to know how to find clients? Are you looking for tips on networking? Do you need to know how to quote for a job? Or do you just want to know how to be a better editor? You will find the answers to all these questions and more in eSense.

At NEEDser, Gini has helped a variety of clients, including scientific researchers, film makers, photographers and graphic designers, to name a few! Her website is filled with glowing testimonials from her clients. She has also been a generous mentor to other SENSE members. Claire Bacon says, ‘I left academia to become a language editor in 2015 and met Gini at the SENSE Jubilee Conference that same year. She guided me through the early years, looking at manuscripts I had edited, pointing out areas where I could improve. This was invaluable support.’

So, what are Gini’s post-retirement plans? ‘First I want to catch my breath,’ says Gini, ‘enjoy relaxing in the garden with my wife Ali, a retired teacher, and Clio, our ancient Jack Russell. We are planning a long-postponed honeymoon in New Zealand once all this Covid-19 nonsense calms down, but we’re both in the vulnerable age-group so vaccines come first.'

Gini has plenty of creative projects on the go. She plans to finish her second novel Janice in Action (her first novel Revealing Phillipa is available on Amazon) and will be busy editing and designing the e-magazine published by Roze 50plus Oldambt. ‘I really enjoy seeing the concrete results of my creative efforts,’ says Gini. ‘Knowing that people find my magazine informative and a pleasure to read, I’ll probably keep doing that until I drop.’ Are we likely to see Gini at future SENSE events now that she is retiring? ‘I will keep an eye out for interesting events that I might want to attend as a guest. So, who knows… you might not be rid of me (altogether) yet.’

Thank you from SENSE

I am sure that everyone at SENSE wants to take this opportunity to thank Gini for all her hard work and commitment to our Society over the years. Thank you, Gini! We all wish you all the very best for the future.

Read 826 times Last modified on Saturday, 21 August 2021 23:07
Tweet
Published in Blog
Tagged under
More in this category: « Interpreting in times of coronavirus How mentoring helped me kickstart my translation career »
back to top