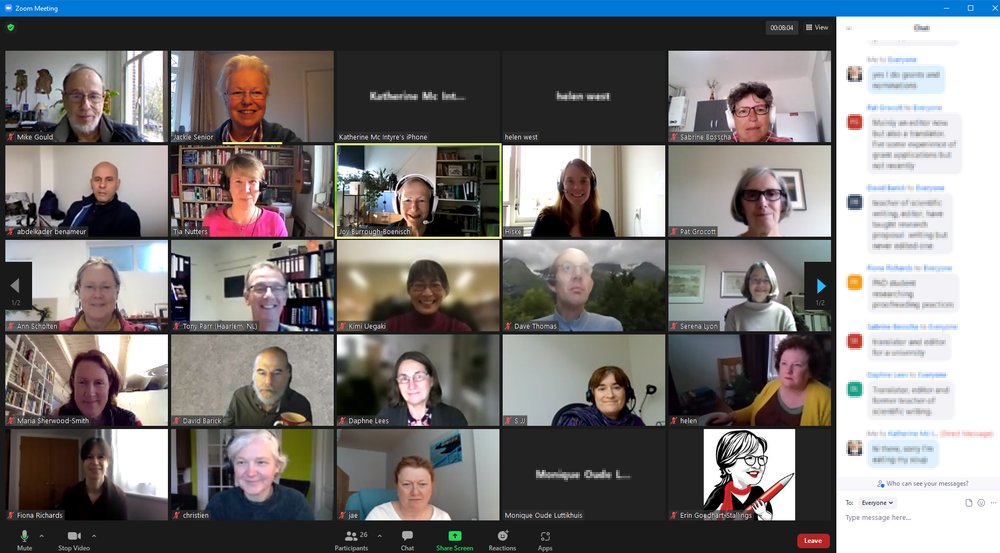 “Write about what makes you stand out in the field.”
“Show why the world should care.”

Tia Nutters and Hiske Feenstra, academic editors for the Talent Development (TD) programme of the University of Groningen (UG), shared these insights and much more at the UniSIG on 26 November. Twenty-seven SENSErs dialled in to learn about how the in-house TD editing team works and the kind of writing advice they give to applicants to increase the chances of their grant proposals getting funded.

The Talent Development programme serves to provide career-long support to academics, from PhD researchers to Nobel Prize winners. The TD team has its own management and support staff, including five editors and two trainers who collaborate on applications for personal grants, ie, NWO Talent Programme (Rubicon, Veni, Vidi, Vici) and European Research Council (ERC Starting, Consolidator, Advanced), as well as nominations for prizes and memberships. The SIG session looked at personal grants.

Once a call for proposals has been sent out to the UG faculties, the editing team know they won’t be able to support every application. They therefore set a cap and the faculty funding officers identify the most promising candidates within their faculties for TD support. The team then divide the work and provide two substantive editing rounds, if time allows, followed by a final language edit which is usually done by a second editor. The ideal length of support is 3 to 4 months, but this can be as little as 4 weeks.

Tia and Hiske showed some extracts of proposals they received and the advice they gave. Their approach is most often to shift focus, for example:

As is often the case, editing is a balance between the time available and the scope of changes to propose – making changes directly, making suggestions for revisions or rewriting an entire paragraph/section.

Read 238 times Last modified on Saturday, 18 December 2021 14:43
Published in Blog
You are now being logged in using your Facebook credentials