Dutch translation of All God’s Dangers 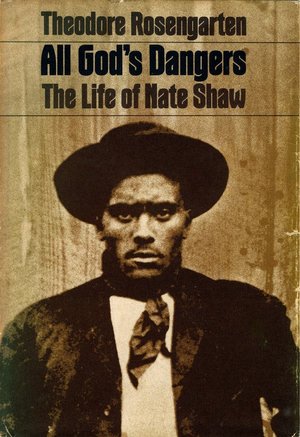 Over the past year and a half, Frans Kooymans has been working on what he calls his ‘corona project’ – the translation of All God’s Dangers by Theodore Rosengarten.

Frans writes: I picked up this big book (some 580 pages) back in 1975, when I was still living in the Southern US. It is the life story of Nate Shaw, an illiterate Black sharecropper who spent his entire life as a cotton farmer in Alabama. He was already in his eighties when Rosengarten, a young historian from the North at the time, happened to meet him while doing research on a defunct sharecropper’s union.

The old man turned out to be an amazing storyteller, with an even more amazing memory. In the years following, Rosengarten spent hundreds of hours with Shaw in the man’s shelter with his tape recorder, as Shaw unfolded numerous details of his long life in the cotton fields. All these stories were then transcribed, which led to the publication of the book in late 1974 (shortly after Shaw died at the age of 87).

I was fascinated with the book back then, but it sat in my bookcase until a couple of years ago, when I reread it and became fascinated once again by Shaw’s tales. And I decided that, in light of the heat of the Black Lives Matter movement and the attention also here in the Netherlands on our colonial and slavery past, it would be worthwhile to translate it into Dutch. Not an easy task, because the book is entirely in Shaw’s diction, the slang of the Southern states. I succeeded in locating Rosengarten, a professor of both Black and Jewish history at the University of Charleston in South Carolina, and proceeded with his full support.

I have now nearly finished the translation and (after a long and sometimes frustrating search) have found a publisher, ISVW, the Internationale School voor Wijsbegeerte. The book is scheduled to be published this coming fall. The title is likely to be De kleur van katoen.

Read 113 times Last modified on Thursday, 07 April 2022 16:12
Tweet
Published in Blog
More in this category: « UniSIG Report: Editing for researchers in Germany and the Czech Republic Overcoming impostor syndrome »
back to top