The SENSE 2015 Conference was a one-day event in Utrecht, the Netherlands, for English language professionals.

The event took place in the Paushuize, a memorable historical venue in the heart of one of the Netherland’s most picturesque cities. 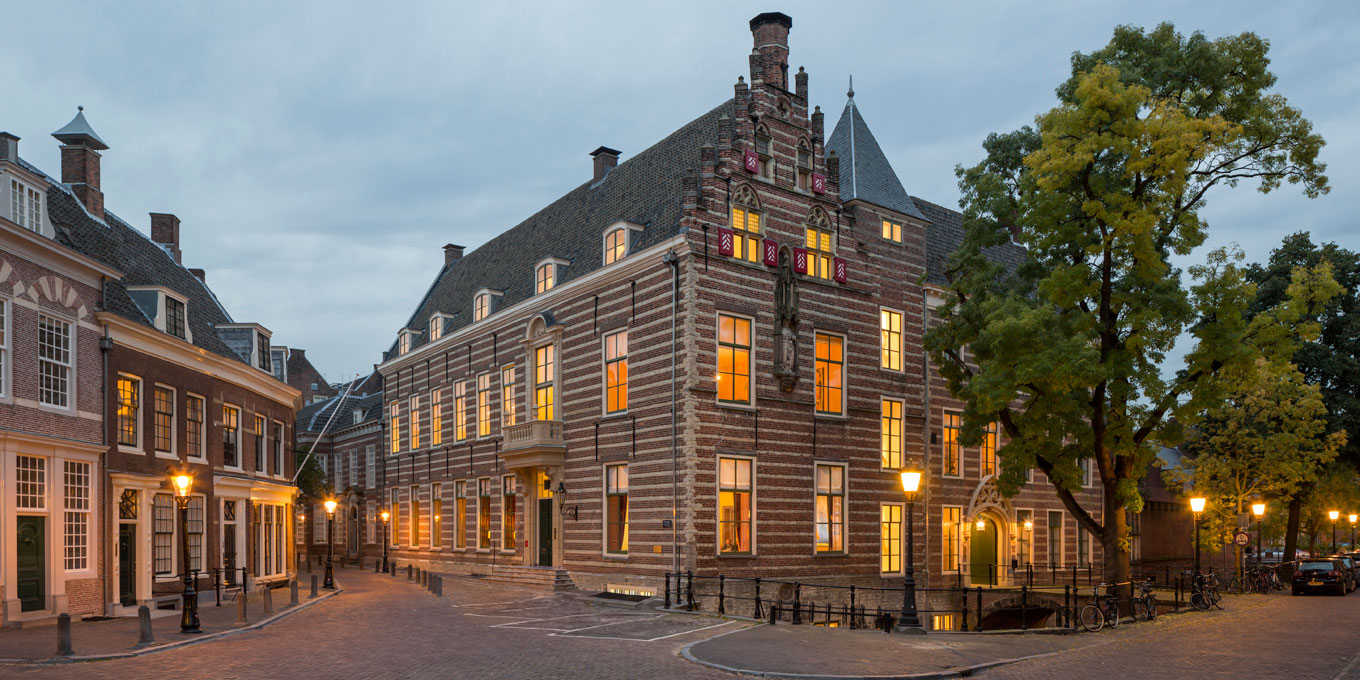 Participants came from the fields of editing, translating, interpreting, copywriting and teaching English language communication skills.  More than 10 top speakers, from inside and outside SENSE, held presentations and discussions during the conference. Participants were able to debate on the changing state of the language, learn from best practices and brush up on the skills needed to be a successful language professional.

If you were lucky enough to have been there on the day, you'll know what a wonderful success the conference turned out to be. If you couldn't make it, or perhaps would like to gain an idea of what the next SENSE conference might be like, download this special issue of our house magazine commemorating the conference: eSense 25th Jubilee Souvenir, 2015.

Situated on Kromme Nieuwegracht 49, just behind Utrecht’s landmark Dom tower and about 15 minutes’ walk from Utrecht Central Station, Paushuize is one of the oldest and most outstanding monuments in the city of Utrecht, with a remarkable history. It is so named because it was built in 1517 by Paus (Pope) Adrian VI, the only Dutch pope from the Netherlands.

A variety of beautifully restored period rooms and splendidly decorated salons, makes the building one of the most sought-after venues in the Netherlands.

Read an article about the venue in our eSense magazine: Conference venue is fit for a pope

Utrecht, the fourth largest city in the Netherlands, is the beating heart of the country and at the hub of the rail network.  It’s a vital city, with a large student population: its university (founded in 1636) is the largest in the Netherlands. The medieval city centre is small enough to explore on foot and large enough to boast a wealth of culture and history, including world-class festivals, modern architecture, trendy shops and interesting museums. The inner city canals are unique: they are accessible by steps from the street and their wharves are now used as terraces by the many cellar bars and restaurants.

Professor Geoffrey Pullum is a British-American linguist specialising in the study of English. Since 2009 he has been Professor of General Linguistics at the University of Edinburgh. Pullum is co-author of The Cambridge Grammar of the English Language (2002). He is also a regular contributor to Language Log, a collaborative linguistics weblog.

Mark Forsyth is a passionate, self-described pedant when it comes to the English language, but his detailed knowledge of history has given him a common-sense approach to its ‘proper’ use. He is an author, blogger, journalist, proofreader and ghostwriter. He can be found dispelling the grammar myths we were all taught in his popular blog The Inky Fool.

Delegates arrived between 9.00 and 9.30 am to register and enjoy a coffee and some informal networking.

Published in Jubilee
More in this category: « One-day Conference for English Language Professionals on 14 November 2015
back to top