Getting language right in 2020: Between correctness, warmth and innovation

Ask most non-professionals what ‘good’ language looks like and they will say something about grammar or correctness. Avoiding mistakes, though, is only one part of writing, and not even the most important one. You must also have something to say and, even more importantly, say it the right way for your audience. This is where understanding what your readers know and don’t know comes into play; you want your prose to be approachable. But on the third hand, good writing should also be innovating and interesting, using fresh or even arresting language (such as ‘on the third hand’) to keep attention. Balancing correctness, human warmth and innovativeness is not easy. Correctness calls for conservatism, warmth calls for familiarity, and innovation calls for stretching rules and breaking formulas. This talk will discuss how to think about getting this balance right. 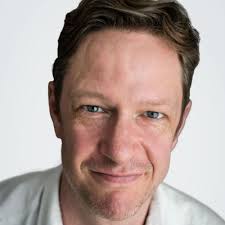 Lane Greene is the language columnist and an editor at The Economist, based in London. Previous assignments have included culture, European business, law, energy, the environment, and American politics. He is based in London, after living in Berlin and New York.

Greene is the author of two books, Talk on the Wild Side (2018) and You Are What you Speak (2011), and won the journalism award from the Linguistic Society of America in 2017. He is a former adjunct assistant professor in Global Affairs at New York University, and is a consultant to Freedom House, a non-governmental organization. He received an M.Phil. from Oxford in European politics, and a B.A. with honors from Tulane in international relations and history, and speaks nine languages. Greene was born in Johnson City, Tennessee and grew up in Marietta, Georgia. He lives in London with his wife and sons.