Macros by the tourist route

During the past year, I’ve been working with a team of editors, with the aim of setting up a website to present the macros, and providing training materials to help people learn to use macros in editing.

The project is ongoing and the website isn’t yet available, but by working with editors/trainers who have only been using macros for a relatively short time, I have developed a get-you-started technique called “Macros by the tourist route” (MTR), that is, not too steep, so that the less technically minded editor can make it up the macro slope!

The training session will start with MTR in its two incarnations: PC and Mac. We will go on to give some pointers as to where to go next. Rome (and macro-enabled editing) wasn’t built in a day, but we can at least lay some firm foundations, and give you a blueprint for your future professional development.

Macros by the tourist route is a self-directed workshop (download it here for Windows or here for Mac), so if you were to have a go with it before the session then you’d get even more out of the day itself. (Compared to last year’s online workshop, this will start more slowly, but take you further along the same general direction. If you did last year’s training but are still not using macros regularly, then you should find this session helpful.) 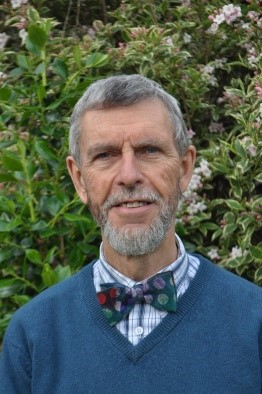 Paul Beverley has been creating macros for use by editors and proofreaders for over 15 years. The macros (more than 800 of them) are freely available via his website and are used in over 50 countries. In his ‘spare time’, he edits technical books on a professional basis because, despite having pension income, he enjoys editing far too much to stop altogether. He has also recorded over 150 videos, so that you can see the macros in action.

He lives in Norwich, UK, with his lovely wife, Sue, has two sons – one a programmer(!) and the other an international educational consultant – who have given him two lovely daughters-in-law and five adorable grandchildren. He considers himself well blessed indeed!