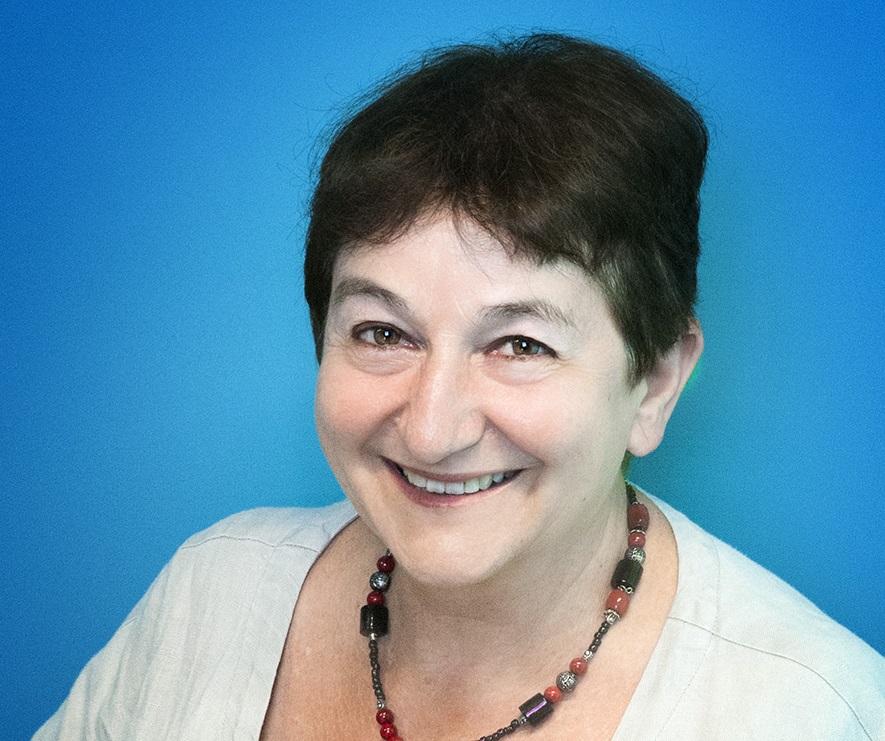 Ros Schwartz is an English literary translator who translates Francophone writers. In 2009, the French government awarded her the Chevalier d’Honneur dans l’Ordre des Arts et des Lettres for her services to French literature, and in 2017 she was awarded ITI’s John Sykes Memorial Prize for Excellence. She's coming to the Netherlands to give a workshop on 11 January 2020 and by way of a warm-up, we asked her six questions.

SENSE members usually work with clients (translating, editing and writing for their readers and clients) who are not native-English speakers. That often means avoiding idioms (both American and British) and keeping the writing simple and straightforward. How can they do that and still make it interesting, powerful and vivid?
That’s what we’re going to be addressing in my workshop! Simple doesn’t necessarily mean dumbing down. It means writing clearly and avoiding overly abstract language and convoluted sentence structures. The main thing when working with non-native English speakers is to build credibility and trust. Once clients are confident that you know what you’re doing, they’ll allow you the freedom to adapt your translations to the target culture.

Let me give you an example: I had a French client who regularly sent me press releases for the trade fair industry. French press releases are written in a completely different way from English ones: they start with a lot of general waffle, with the key information right at the end! I knew that if I simply translated the French, the result would not be fit for purpose and would end up in the bin before the reader even got to the main point. So how to convince the client? I translated one press release as it was, and then I wrote an English press release. It was half the length, punchier and had the essential information at the beginning. I presented both versions to the client, who immediately saw that my adapted version was much better suited to the English readership. After that, they would ask me to write a press release based on the French. We agreed an hourly rate that reflected my added value input. Outcome: a translation that was fit for purpose, and increased satisfaction all round. It is worth investing the time and effort in client education. These conversations should happen face-to-face when possible and you need to articulate your understanding of the differences between the source and target cultures in an authoritative way.

What other pitfalls do you think SENSE members should be especially aware of when writing for non-native readers?
Always ask to check the proofs and make it clear you consider that as part of the job. Non-native speaker clients will sometimes ‘correct’ the English without consulting you and typesetting programs sometimes introduce wrong punctuation (e.g. inverted commas, hyphenation). It’s important to acquaint yourself with the terminology or jargon the reader is familiar with, so ask the client for reference material (i.e. glossaries, previous translations) and read industry publications.

How can translators be better writers and still stay true to the original text? After all, they may have little leeway to rewrite the material they are given, or even to stray too far from the source. What advice can you give them?
It depends what you mean by ‘stay true to the original text’. You can remain true to the spirit but stray from the letter. Translation is first and foremost about communication, and it’s our job to communicate in the most effective way possible. Some source texts are poorly written, but that’s not an excuse for producing a poor translation. We shouldn’t lose sight of the overall purpose, which is to convey information or ideas. Again, we need to build client trust and convince them that we know how best to convey their message. This applies especially to fields such as tourism and art. Ultimately, we must have the confidence to see ourselves as competent writers, not humble servants of the source text.

Many clients do not share their ‘reader persona’ – if they even have one – with their translators or writers. When one is working on business texts, what should one do to convince the client to see things from the end-user’s perspective?
One thing you can do is refer to industry literature written in English. I’m thinking of the research into annual reports carried out by David Jemielity of Banque Cantonale Vaudoise. European companies often refer to themselves in the third person, whereas English companies use the first-person ‘we’. David’s superiors were very resistant to the idea of saying ‘we’, so he analysed annual reports written in English, which chiefly used the first person to talk about the company, versus translated annual reports, which slavishly used the third-person of the source text. Armed with these findings, he convinced BCV to switch to ‘we’.

What advice can you give to SENSE members who want to position themselves at the quality end of the translation market?
Work with direct clients so you can have the sort of conversations I’ve mentioned. And talk to them about the translation process to encourage them to build in the time you need to do a top-quality job. Most clients have no idea how long translation takes, so we need to be more transparent. As part of a client education talk I gave to a group of trade fair organizers, I held up a text of around 400 words and asked them how long they thought it would take to translate something of that length. They had no idea, hence the deluge of ‘urgent’ translations with impossible deadlines. So now, when I am asked to provide my rate, I include a planning guide, suggesting the time needed to translate texts ranging from 500 to 10,000 words.

If you’re charging premium rates, it’s also important to spell out what ‘quality’ means and what clients are getting for their bucks. It is always beneficial to have two pairs of eyes on a translation, especially when it’s intended for publication, so break down the quote into the different stages: research, compiling a glossary, creating a style sheet, translation, checking, copy-editing by an external professional, responding to client/author feedback and proofreading. And give an estimate of the amount of time involved. Often there’s a disconnect between the language we speak (price per 1,000 words/per page etc.) and that of the client. They’re interested in the overall price, and whether it comes within their budget. But if you want to stand out from cut-price competitors, you need to demonstrate what it is you’re offering that justifies your higher rate. Once the task is broken down into the different stages and days’ work rather than a price per word (which demeans what we do – we’re not just substituting words), the price makes more sense to the client.

Which three things do you hope SENSE members will take away from your workshop?

Read 1880 times Last modified on Saturday, 21 August 2021 23:01
Published in Blog
Tagged under
More in this category: « Your editorial armoury Renew your membership for 2020! »
back to top