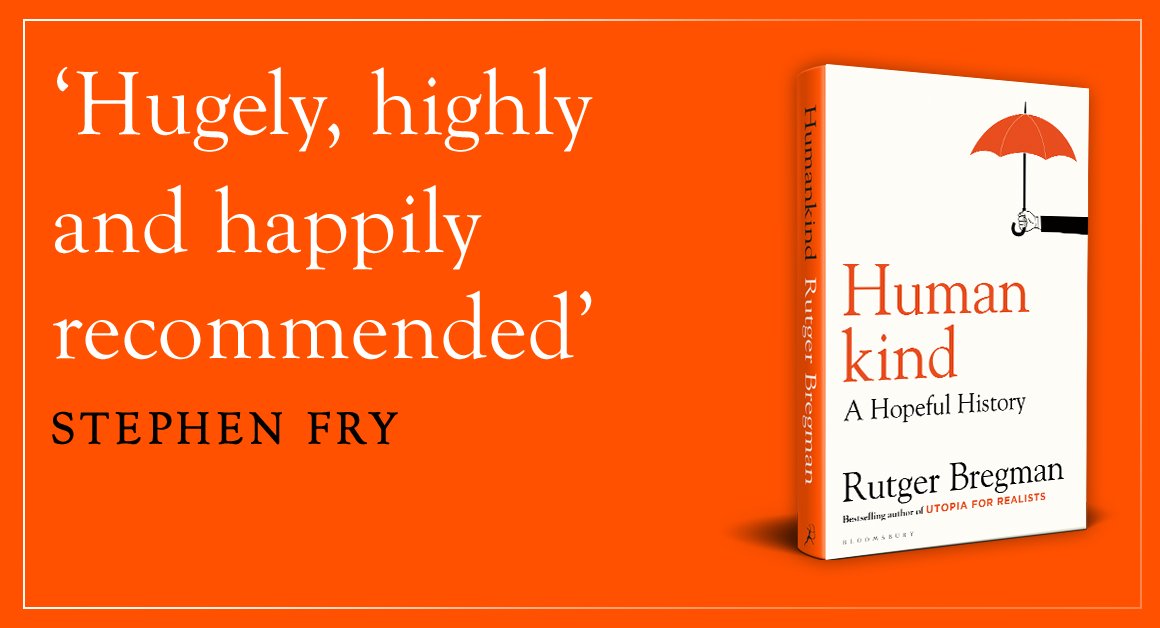 You were telling us about the translation process for Humankind…

Yes, everything’s there in the draft translation when I start. And that’s no mean feat, especially with the tight deadlines Elizabeth had to hit. She did an amazing job.

[You can find Part 1 of Claire’s interview with Erica Moore here.]

So it’s all there, but maybe the sentences have gone a little long or complex. Or the tense passive. Or the people have gone missing. (Something I say a lot is: ‘Can we put the people back in here?’) Or the word choice has gone slightly academic. Or maybe the tone has shifted and no longer sounds right to me. Maybe the author’s voice doesn’t come through.

That’s where I come in. I can’t say it always works, but one of my aims is to make the thing sound like Rutger. To have the story unfold like I imagine he’d tell it (if he were an English-speaking writer). To recreate his style and put it in his voice, then come up with the words and phrases and metaphors and examples I think he would select if he could. To make key lines of the original as memorable in translation. And add some punch where I can.

That can mean going back to the Dutch source text and trying to suss out why things aren’t working, where it is that things have diverged. Sometimes you have to combine lines that are short and sweet in Dutch, because it comes across as too staccato in English. Other times, I think it works really well in English to be short and punchy, so I put that back in. That sort of Dutch-direct style can sound lively and fresh in English.

At the start of Chapter 2, for instance, I added bits and moved things around, in an attempt to have the story unfold as powerfully in English.

The story takes place on a deserted island somewhere in the Pacific. A plane has just gone down. The only survivors are some British schoolboys, who can’t believe their good fortune. It’s like they’ve just crash-landed in one of their adventure books. Nothing but beach, shells, and water for miles. And better yet: no grownups.

Those shorthand lines are perfect for sketching a scene: A plane has just gone down. Nothing but beach… for miles. And better yet: no grownups. That last one is even shorter than the Dutch. They work because we’ve got a longer stretch in the middle, anchoring the paragraph. I think you need more words there to show how a plane crash could possibly feel like good fortune. Afterwards, endless water and sand sound brilliant instead of bleak.

So I moved the line about books up a little and added crash-landed to make it a more vivid image. If we’ve done it well, then you’re up to speed on the boys’ situation within one paragraph, whether you’ve read Lord of the Flies or not.

Another thing I work on is making sure examples really work for US or UK readers, or for any readers without that Dutch perspective. And given my background, I’m super critical when it comes to argument, or pointing to a single archaeological find as evidence of some general truth, for instance, or introducing women in a book differently than the men. All kinds of cultural and scientific issues are things I look at.

Take Lyudmila from Chapter 3. Every reference I found to her indicated she was a talented, ambitious and devoted research scientist. But if you read the Dutch book, she comes across in the beginning more like the blushing co-ed who wants to work for Dimitri. That’s the kind of thing I try to adapt in translation. If you extend that kind of trust to your translators, cultural blind spots can be remedied, instead of repeated or compounded in 42 other languages.

Or take the book’s explanation of evolution. Rutger brilliantly gets that into a single paragraph, that ends like this:

But I had questions. Brothers and sisters? Parents and children? Flora and fauna? I wasn’t seeing it. And do we mean an afvalrace here, or a relay, where you hand the baton off to those who come after you? Rutger patiently endured all my poking and prodding of this metaphor. The English version came out of my light-bulb moment, when I said: ‘Oh! So it’s that happy little game of run till you’re dead.’

So this is Darwin’s grand theory in the English edition:

…Now imagine a friendly game of run till you’re dead, in which billions upon billions of creatures bite the dust, some before they can pass the baton to their offspring. Keep this footrace going long enough – say four billion years – and the minuscule variations between parents and children can branch out into a vast and varied tree of life.

That’s it. Simple, but brilliant.

I’m sure Rutger got exasperated after about 10 chapters of me pushing him on the details of his arguments. But it’s important. And he responded with grace to every query.

I think that Dutch readers on the whole are more forgiving of that sort of thing. You can get hung out to dry in the US if you’re not rigorous in your writing, even in a book for a general readership. And that would be a shame. So I can be a little ruthless in that respect.

If we’re lucky, memorable passages come out of it that help tell the tale.

Yes! One of my favourite lines is from Chapter 1, right after Rutger introduces veneer theory, and before we move on to Hurricane Katrina in New Orleans. The line in Dutch is:

I felt like we needed this to be a strong, stand-alone line in English. But what to do with dikes? In New Orleans, those were levees, but this line is larger than the example about Katrina that follows. I wanted to get at a more general truth and a more evocative link with what comes next.

It’s when crisis hits – when the bombs fall or the floodwaters rise – that we humans become our best selves.

I like the symmetry of the rise and fall, and the manmade and natural disaster, and the gentle segue to Katrina. Some time back, I was watching Rutger being interviewed by Christiane Amanpour, and she pulls out her copy of the book, puts on her reading glasses, and launches into that line. I can die now.

One of the more challenging passages was the line that first appears early in Chapter 1, and that spawned the Dutch title. Rutger first has this comically over-the-top intro to the ’radical idea’ the book’s going to be about. Then this:

Putting aside the translation of deugen, which presents all kinds of connotative dilemmas and cultural baggage, there’s the matter of humour and timing. That’s what was really key for me. How can we get that same over-the-top, epic intro and then fall into a deadpan, matter-of-fact tone in one go? This is where Rutger’s timing and wit and delivery come in. Find a way to emulate that, and we’re good. Oh, and then translate deugen, and preferably with a phrase that we can use throughout the book whenever human nature comes up, and oh yeah, can it tie in with the English title too please? Whew.

So I kept the intro section in these sweeping fragments of sentences, as if a voiceover narrator is reading them in dramatic tones:

This is a book about a radical idea. An idea that’s long been known to make rulers nervous. An idea denied by religions, … ignored by the news media and erased from the annals of world history.
…

And then we change register abruptly, to the super-conversational:

So what is this radical idea?

That most people, deep down, are pretty decent.

If it works, then the contrast and the timing show this is an author with a sense of humour, who thinks about big ideas, but doesn’t take himself too seriously. We’ve got ‘pretty decent’ in there, for later use of decent and kind throughout. And the down-to-earthness of the line conveys just how ordinary this whole idea of human decency is. Nothing special, nothing to see here. We’re all like this.

And that, after all, is the whole point.

Could you add a piece of advice for budding or aspiring literary translators?
First, enjoy reading and analysing text of all kinds. A lot of my intuition about style matters comes from taking lots of English classes back at UT a hundred years ago and writing lots of term papers about what I noticed, in everything from Hamlet to Hitchcock. And though I wasn’t always the most dedicated student, I got a lot out of it. Turns out it’s all useful for figuring out how to write to sound like author A or speaker B.

See if you can get work in a team with other writers, speechwriters, translators or editors. And then ask for feedback every chance you get. Or find some other way to collaborate. I can’t tell you how much I owe to working 15 years on site (which may be a thing of the past) with other people trying to do good work.

I worked for years with a wonderful Irish translator, Maria Sherwood Smith (also a SENSE member!). We reviewed each other’s work before taking it to clients. It’s the way to learn FAST – leaps and bounds. Then at the Ministry* I worked with British translators and Dutch speechwriters. Those positions are gold if you can get them. Not forever, but for a few years. A quiet attic office has its perks, but it can’t compare to a group of people feeding and challenging your work. Of course there’s a lot you can do remotely, in the way of feedback and collaboration. But having that sort of reliable step in the process, where someone hands you a better solution, or you have to justify why you’re keeping what you had, is really good training.

Finally, don’t be shy! (She says, as a terribly shy person herself.) No, by all means, be shy if you’re shy, but: get over your shyness enough to get to know your author. You may not have the chance to work at the same table for years. But you can listen to readings they do in their native tongue, or watch their interviews, or tune in to their podcasts. Hear the rhythm and cadence of their speech, the expressions they use. Not every writer writes like they talk, but certainly in the nonfiction world, a sense of an author’s spoken language can be a gift.

It can make your work sing.

* This was the Dutch Ministry of Agriculture, Nature and Food Quality when I started there. By the time I left, it was the Ministry of Economic Affairs, Agriculture and Innovation.