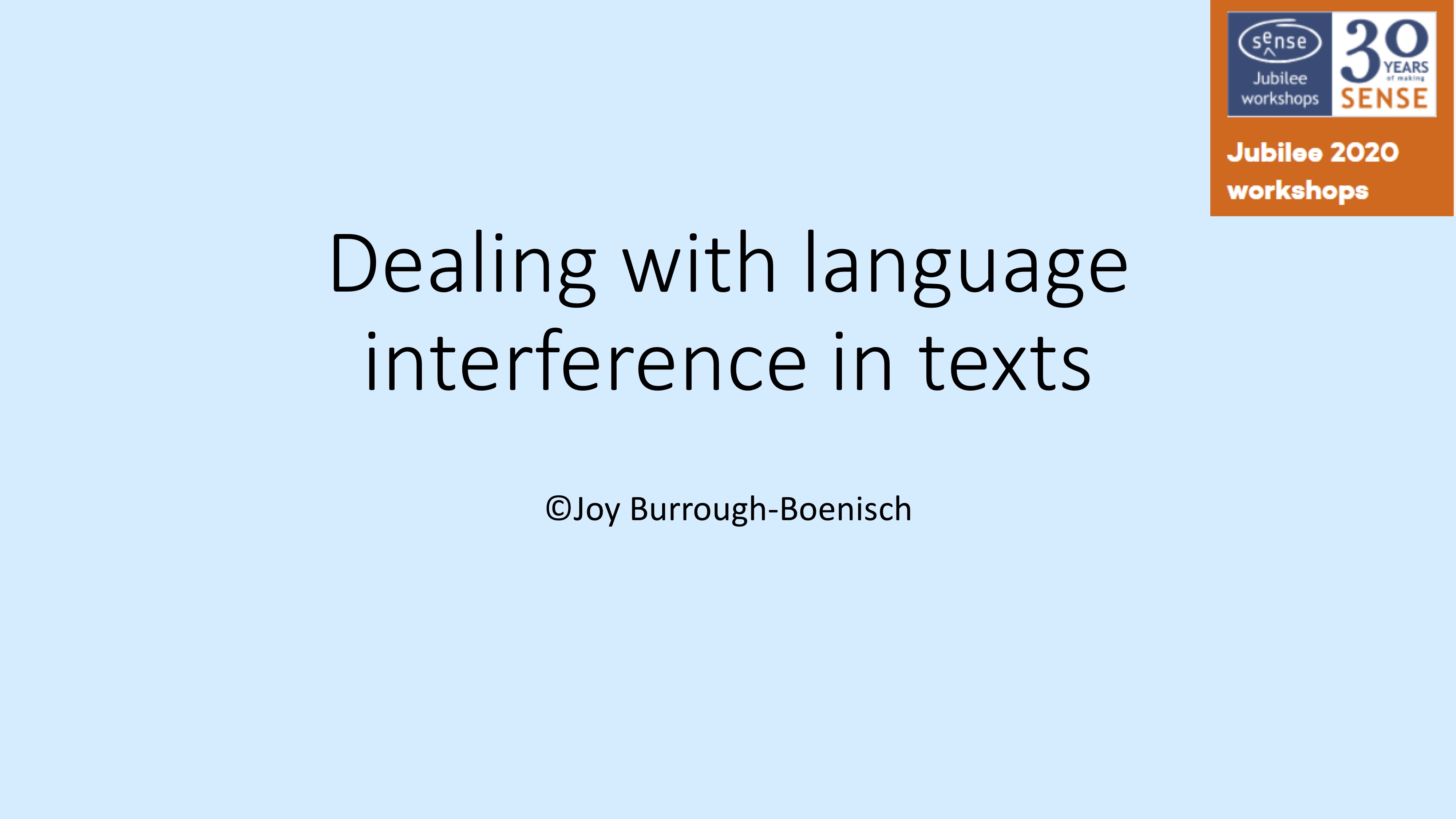 As the author of Righting English that’s gone Dutch and a PhD thesis on Culture and conventions: writing and reading Dutch scientific English, who better to talk about language interference than Joy Burrough-Boenisch?

Joy has worked as an authors’ editor and translator for Dutch academics and scientists for decades and has also taught academic writing to graduate students. To get an idea of the language backgrounds of the participants, she first asked us which languages we speak. Thanks to Zoom, there were attendees from seven countries, speaking nine languages between us: an impressive reservoir of linguistic knowledge that we could draw on! Besides the influence of Dutch, her specialism, Joy also reviewed examples of English influenced by other languages.

Joy presented the eight of us attending the workshop with numerous examples of language interference and we discussed how best to deal with each of them. It was, in fact, an advantage to have such a small group of attendees: there was plenty of interaction, and everyone had a chance to say something.

We looked at ‘false friends’ between various languages, had fun dissecting a Dunglish lunch menu and puzzled over examples of interference from various European and Asian languages. The concluding overview of some striking cases of bizarre language interference included ‘Kiss and Ride’ (instead of ‘Patient Drop Off’), ‘symptoms of flew’, ‘toilet disabled’, ‘bicycle shed library’ and ‘(un)sterile gloves’.

Joy had sent us two short texts to edit in advance, so we started the workshop discussing that homework assignment in pairs. Then we compared notes. After a break, we divided into small groups to work on two more exercises which we received on the day. A group approach to editing delivered effective rewriting of some very challenging texts.

Joy is a lively speaker, so this workshop was both informative and great fun. The take-home messages were that we shouldn’t interfere unnecessarily with the author’s ‘voice’, should always deal tactfully with clients, but should also be authoritative, quoting trusted sources to support our editing choices.