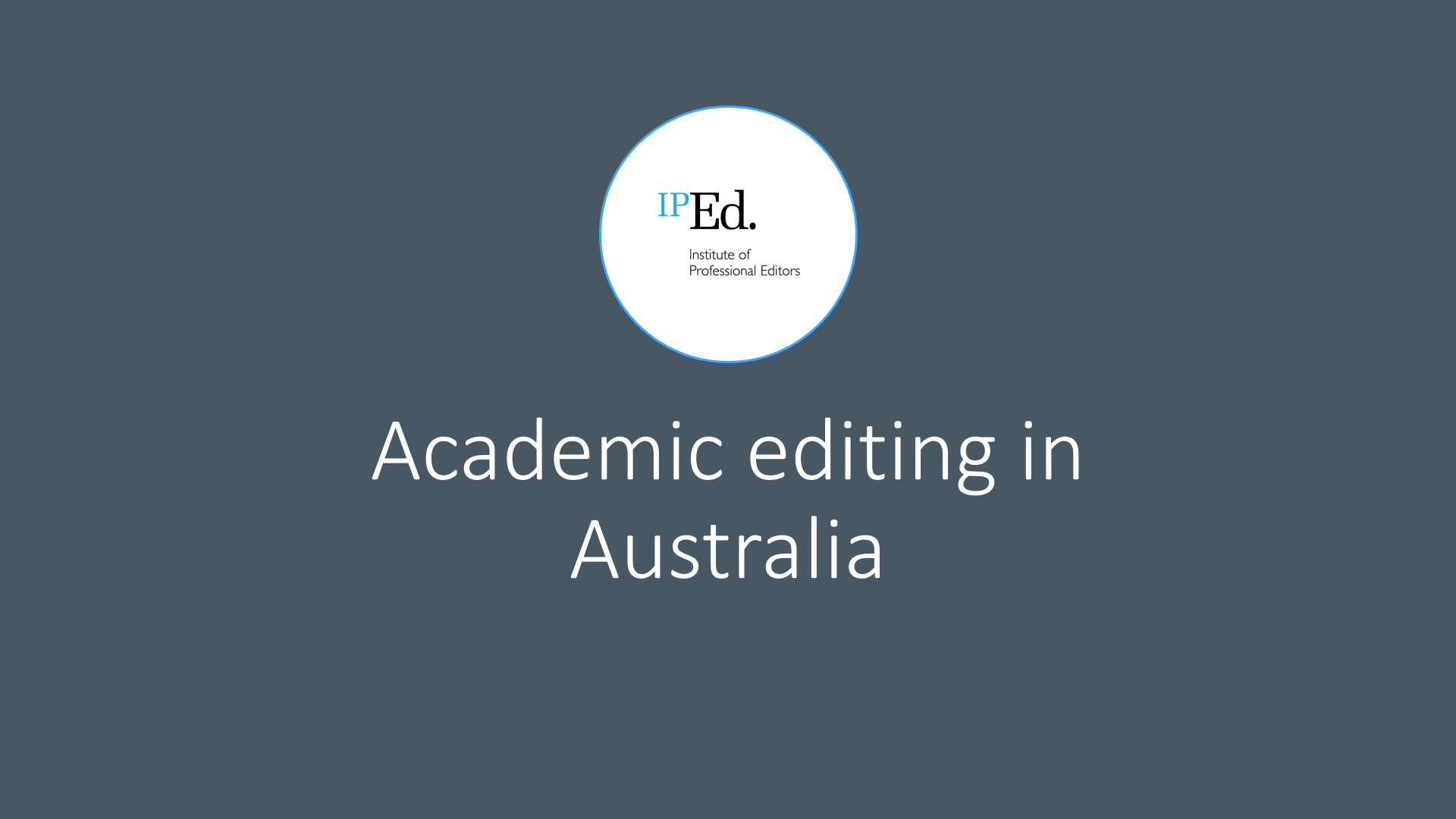 Thanks to Zoom, our January UniSIG speaker Hazel Baker was able to join us on a cold winter morning from Sydney, Australia, where it was a hot summer evening. Over 20 of us – including a couple of guests from the UK and South Africa – logged in on 15 January to hear her talk on ‘Academic editing in the Australian context’.

Hazel set the scene by giving a quick overview of IPEd, the professional association for Australian and New Zealand editors. Its 1,200 or so members are bound not only by its Constitution but also by its Code of Ethics. If they wish, they may apply for accreditation, which entails passing a stringent three-hour exam based on IPEd’s Australian standards for editing practice and then renewing their accreditation every five years. Like SENSE, IPEd has a directory of editors that can be used to search for editors with specific subject expertise and language skills.

Moving on to describe the academic context, Hazel pointed out that 25% of the students at Australia’s 43 universities are international, with Chinese accounting for the largest group, followed by students from India, Nepal, Brazil and Vietnam. A new edition of IPEd’s Guidelines for editing research theses was published in 2019. As well as explaining the copyediting and proofreading tasks involved in editing master’s or PhD theses, the guidelines also detail the responsibilities of supervisors and students.

It was no surprise to hear that in Australia, the cost of editing a thesis depends on the time needed, which in turn depends on factors such as number of words, complexity and quality of the language. Hazel noted that an Australian university will typically contribute about AUD 800 for editing a thesis; that’s equivalent to only about EUR 536! She did add that in practice, costs were higher.

Some of the aspects Hazel highlighted were familiar to us here in the Netherlands. They included the techniques of editing (tracking changes and using marginal comments), the ways editing can help academic researchers, who does the editing (salaried editors, freelance editors, editors working for companies providing editing services) and the range of documents they deal with, but there were differences. For example, under IPEd’s guidelines, students should show their editor their supervisor’s written approval to use an editor, and the version of the thesis the editor receives to work on must have been approved by the supervisor (‘signed off’) for editing. The guidelines clearly state what is meant by copyediting and what is meant by proofreading; from the discussion following Hazel’s talk it was clear that in Europe, the distinction is generally not so clear-cut and that in the UK in particular, ‘proofreading’ can cover a range of textual interventions, some of which are major. SENSE member Stephen Machon, however, did point out that faculties of law at Dutch universities take care to specify that editors of theses by law students may amend language but not content and that this process of amending language only is generally termed proofreading and not editing.

In response to a query about acknowledging editors’ input (which the guidelines advocate), Hazel noted that IPEd has suggested wordings available but that some universities require their suggested wording be followed.

This informative and lively 90-minute meeting demonstrated the added value of using Zoom to link up with colleagues from around the world to gain insights into other approaches and contexts of editing. There will be more opportunities for international linkups in forthcoming meetings!

Read 591 times Last modified on Thursday, 07 October 2021 21:04
Published in Blog
Tagged under
More in this category: « REFOCUS - REBOUND – REPEAT – RECAP Busting the myths of financial translation »
back to top