UniSIG Report: Editing for researchers in Germany and the Czech Republic 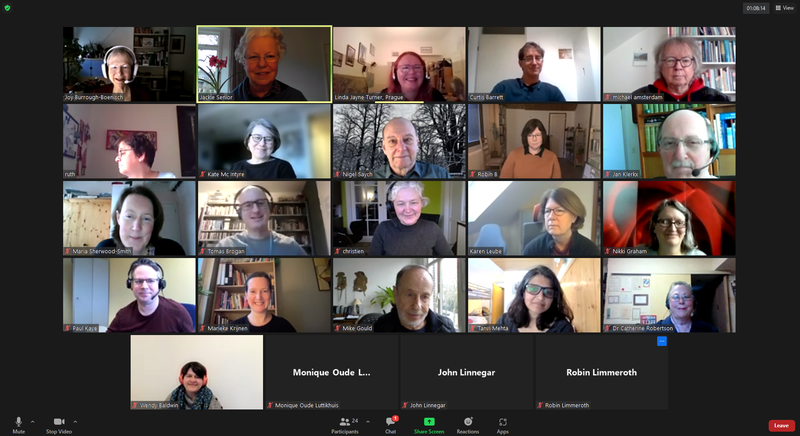 At the 18 February UniSIG meeting, SENSE member Linda Jayne Turner talked about her experience working for clients in academia in Germany and the Czech Republic. A teaching job at Charles University brought Linda to Prague in 2004, and while she has remained there, she also has many clients in Germany, where she lived previously. She mostly edits journal articles written by academics to be submitted to journals (mainly in the social sciences); she also edits colleagues’ English translations from German and Czech.

In her talk, Linda touched on some of the differences between working for clients in the two countries. In general, she thinks her Czech clients are more diffident about their prowess in English and more relaxed about deadlines. Her German academic clients pay higher rates and expect to be invoiced per hour’s work (that’s generally equivalent to editing about 1000 words), whereas in the Czech Republic she is expected to charge per page (assuming 1800 characters per page), but can also charge an hourly rate in some cases. Her German clients often have to request bids from three language professionals, but don’t always go for the cheapest, preferring instead to give the assignment to Linda, whose work they trust and appreciate. Invoices issued to German universities should ideally be paid into German banks to avoid additional paperwork, so Linda has kept her bank account in Germany.

It seems that the bugbear in both countries is Kafkaesque bureaucracy. Although Kafka’s depiction of the Czech establishment arises from his own experience of the system in Prague imposed in the days of the Austro-Hungarian Empire, Linda thinks present-day German bureaucracy is even more convoluted.

Linda makes a point of visiting Germany several times a year, under normal circumstances, and when she does, she contacts her clients in advance to invite them to meet up with her. These informal meetings are usually at the end of the working day and take place in a café, restaurant or bar. Chatting over coffee, a meal or a drink is a good way to get to know more about clients and to get useful feedback from them. It also makes it easier to deal with any subsequent issues that might arise while working together.

At this lively UniSIG meeting there was plenty of input from the 24 attendees. It was pointed out that in Germany and the Netherlands, agencies corner editing and translation work through aggressive marketing, and the texts they supply to their university clients are sometimes in poor English. Linda’s mention of her arrangements for receiving payment from German clients sparked recommendations for companies to use for receiving payments from non-euro clients: PayPal, Wise (formerly TransferWise) and Stripe (cheaper than Paypal).

Read 253 times Last modified on Thursday, 07 April 2022 16:12
Published in Blog
Tagged under
More in this category: « UniSIG report: Student, proofreader and lecturer perspectives on proofreading practices Dutch translation of All God’s Dangers »
back to top