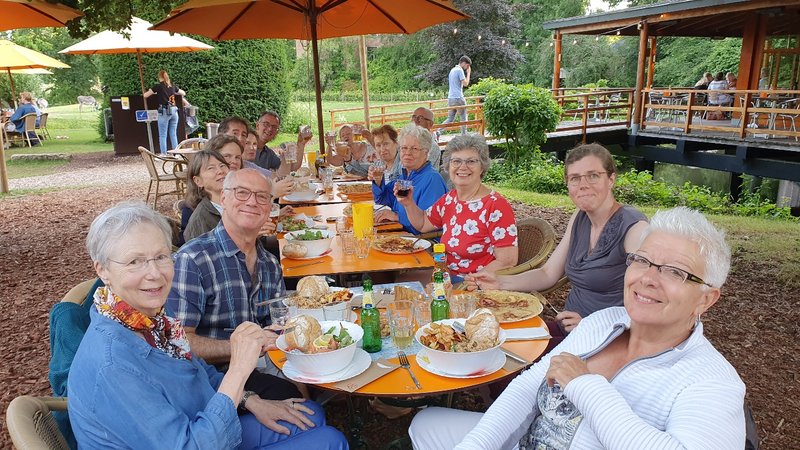 Jenny writes about the Utrecht SIG Social that took place on Wednesday 13 July 2022.

This month, Utrecht SIG met in person for the first time in a year. We followed the same successful formula of our previous social gathering, which we had decided was definitely voor herhaling vatbaar.

We met in the car park at Theehuis Rhijnauwen, where we chatted more than we swapped books. I already have a large pile of books waiting to be read, and had vowed to myself not to take any books home. But how could I resist when one of the books I’d recently put on my ‘to read list’ was smiling at me from the boot of a car?

Tony Parr, who recently announced his impending retirement, had a great selection of business books. I didn’t want any duplicates, but I did find one or two gems among his collection. I think I came away with five fiction and three reference books, so I’ve plenty to read during the long hot summer we’re expecting!

When it was clear no more books were going to swap owners, we ambled to the restaurant. We waited a few minutes while the staff prepared a banqueting table where we could all sit together. 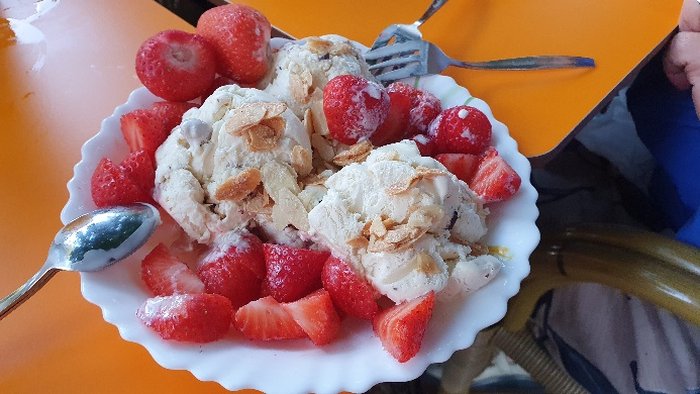 The pancakes were delicious, as was the strawberries and ice cream dessert, which was definitely a sharing portion. Next time, I think I’ll choose a maaltijd salade, they looked delicious and were enormous. 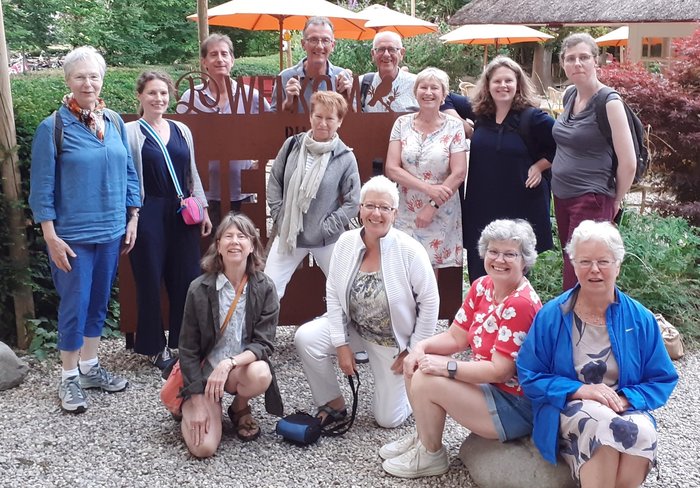 Double the attendance compared to last year and once again, a member from Zwolle had travelled the furthest. 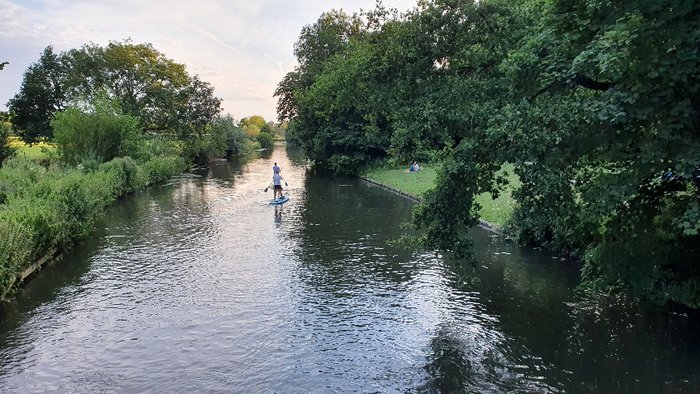 After all that sitting and eating, it was time to get moving again. Walking and talking – another great networking opportunity. 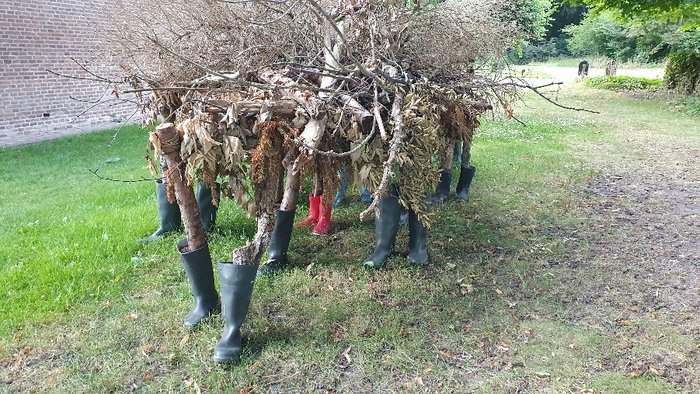 Curtis Barrett guided us on a leisurely stroll around the park where we found some people messing about on the river and this bunch of twigs taking a walk too.

Do come and join us at the next Utrecht SIG business meeting on 14 September and for our social gathering next year. Keep an eye on the SENSE Events calendar for more details.

Read 301 times Last modified on Thursday, 08 September 2022 14:25
Published in Blog
Tagged under
More in this category: « Tips and tricks for developing a marketing mindset What’s going on among Dutch translators and interpreters? »
back to top