SENSE invited me to test the new PerfectIt proofreading add-on to Microsoft Word developed by SENSE member Daniel Heuman. I had tested an earlier version, but at the time thought my own eagle eye was virtually as good as PerfectIt’s algorithms. After hearing from colleagues who used PerfectIt to check their edited documents, I wondered if I had judged too quickly. I tested the beta version of PerfectIt Cloud, which was released on 26 June.

I played with the features and functions during my normal course of work for about two weeks. The comments below are based mainly on three representative documents: a 10,000-word article, a 46,000-word manuscript and a 124,000-word dissertation.

All in all, I was impressed with PerfectIt’s many useful functions. It is particularly good at pinpointing inconsistent hyphenation. Running it takes time, however. I could get up and pour myself a cup of coffee while PerfectIt analysed my longest documents (though this may be due to my less than stellar internet). All that waiting can seem like a waste of time when most of the items identified are not actually mistakes.

This latest version of PerfectIt has moved to the cloud. That means it needs an active internet connection to work, even after installation. I regularly use my laptop in internet-challenged corners of my home and garden, and I quickly learnt that without steady WiFi, PerfectIt simply won’t launch. However, it still does its job at low internet speeds. The developer has said that it's the upload speed that counts and mine registers at just 1 Mbps. So that may be something to consider. The move to the cloud also means that instead of purchasing the software, you now purchase a subscription.

Cloud subscriptions are obviously the future. It makes me question consumer power, since the long-term costs will almost certainly be higher for a subscription service than for a one-time licence. (It's worth noting that SENSE members receive a 30% discount on PerfectIt. See below for more details.) Moreover, I already have too many passwords and need to log in to too many places. Having said that, PerfectIt does log in automatically almost every time you launch it.

The interface is simple. Once you get familiar with it, navigating changes becomes a cinch. As the navigation pane contains a lot of information, more than a third of the screen is needed for good readability. A wide or double monitor is therefore advisable.

After the automatic login, PerfectIt prompts you to select what you want to do. You can choose from ten pre-loaded style sheets, four of which are spelling preferences (Australian, Canadian, UK and US). Three are international organization styles: UN, WHO and EU. There is also ‘American legal style’, ‘Australian government style’ and simply ‘check consistency’.

The developer has said that in the near future, you will be able to define your own style sheets, for example, Oxford style with UK conventions but ‘z’ spellings in words like ‘organization’.

Once you click ‘start’, PerfectIt analyses the document. This takes some time, at least on my set-up. With the UK spelling style sheet, it took 1½ minutes to analyse the 10,000-word article. Longer documents took more time: 3½ minutes for the 46,000-word manuscript and 8 minutes for the 124,000-word dissertation. On the longest document, there was also a bit of a lag between mouse click and action. This may be due to my modest internet speed, but even so, it is something to keep in mind.

PerfectIt then initiates a series of tests. First it looks for inconsistently hyphenated phrases. In my test documents, these were virtually always – thankfully – correctly inconsistent. The add-on cannot distinguish between a compound used as an adjective (thus hyphenated) and a noun (thus not hyphenated). That said, I had not been 100% consistent everywhere, particularly in my longest documents, which shows that this could be a useful check of your own (or someone else’s) accuracy. In this sense, it could be a tool for improving your work  – but you have to be savvy enough to know which of the flagged items are actually incorrect. The better your editing, the lower that percentage will be.

After going through phrases, PerfectIt checks word hyphenation. Inconsistencies found here included abovementioned versus above-mentioned, backup versus back-up and policy-making versus policymaking. In my documents, especially the very long ones, this almost always turned up a scattering of errors.

I was particularly interested in the spelling variations test, though it is unclear to me what dictionary PerfectIt uses for its UK spelling. I am assuming Collins, since it does not recognize ‘z’ forms as correct UK style. Here it turned up usual suspects, like advisor instead of adviser, benefitting instead of benefiting, oriented instead of orientated and sizable instead of sizeable. This revealed my US editing slant, providing valuable information for me to improve my work.

The capitalization check turned up mainly false positives on my test documents. For example, authors’ names that are also a word in themselves (like Violet Weld). Also, proper nouns in a heading are flagged as possible errors when the heading style is lower case. On my test documents this turned up a whole sequence of false positives, which had to be manually accepted. Skipping such false positives can be a chore, especially in long documents. This is where it would be useful to learn your way around the interface, as you can skip any of the tests you choose.

PerfectIt also checks a range of other potential problem areas such as en dashes vs. hyphens, accents, common typos, italics, abbreviations, open brackets and quotes left open (though interestingly, it did not find a paragraph with a close quote and no matching open quote). There are also tests for consistency in superscripts and subscripts, bullet punctuation, list punctuation, punctuation in tables, capitals in tables and table/box/figure order. Removal of extra spaces is the final task, though this did not work on many of my documents, returning an error instead. Perhaps this is a beta version issue.

There are two intriguing ‘finalization tasks’: ‘table of abbreviations’ and ‘text in comments’. The former is very useful, as it generates a list of abbreviations from the document with their meaning written out in full (where available). The latter generates a list of all the comments in the document. This was a bit of a disappointment because I had hoped it would check spelling and language consistency in the comments. Moreover, it returned an error on some of my documents. Hopefully this is a beta version issue.

In sum, Heuman has to be applauded for producing a useful and informative product. Still, I won’t be bringing in my editor’s shingle quite yet. PerfectIt’s pinpointing of possible errors actually requires users to sharpen their editorial wits. And while I do use the cloud, I tend to avoid software that requires an internet connection to work – I’d prefer that it work off as well as on the grid. I've since learnt that an annual subscription for the cloud version will include access to the latest offline version. Finally, privacy and security are aspects to consider. Although the developers say all texts are encrypted and stored on a secure server and deleted shortly after you’re done, I would not feel comfortable running PerfectIt on a document marked confidential. 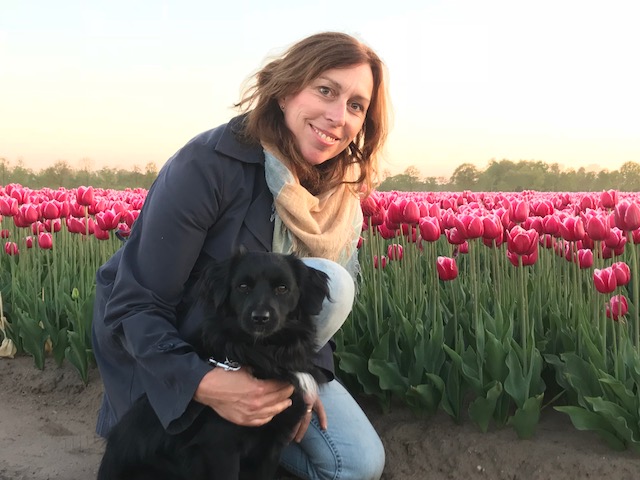 Michelle Luijben edits and enjoys the outdoor life in Exloo, the Netherlands.

SENSE members get a 30% discount on PerfectIt. See the SENSE site for information on how to claim your discount.