Dealing with language interference in texts

Dealing with language interference in texts

After a brief recap on features of language interference, we’ll explore different forms of language interference in a variety of text extracts from a range of genres and discover and discuss ways of dealing with them. All the texts considered will be in English, but the ‘interfering’ language won’t always be Dutch: we’ll also look at English influenced by other languages and their writing conventions. So, expect to have to venture beyond your gezellig linguistic comfort zone but also to find that identifying and dealing with the often subtle linguistic influences and writing conventions from other languages that crop up in written English is intellectually satisfying and fun.

This 2½-hour workshop is limited to 16 participants. All will be sent a short homework assignment beforehand, which we will discuss during the workshop. 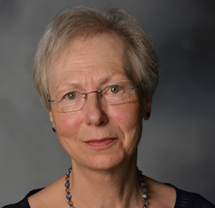 Joy Burrough-Boenisch (MITI) is a founder member and past chair of SENSE with a long career as a freelance authors’ editor and translator for Dutch academics and scientists. She has taught scientific English to graduate students and has presented webinars. She has given workshops for language professionals on editing non-native English in various European countries and for the European Commission. Her conference presentations include two in 2018 as an invited speaker at ATA’s New Orleans conference. Originally a geographer, she learnt to edit in Borneo and Australia before moving to the Netherlands, where her interest in second language interference and non-native English resulted in a PhD thesis on Dutch scientific English. As well as being the author of Righting English that’s gone Dutch (3rd ed 2013), she has various scholarly and professional publications on editing and non-native English to her name.