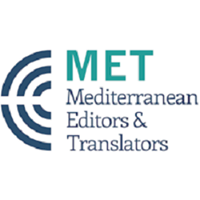 The annual Mediterranean Editors and Translators Meeting (METM), now in its 13th year, is an established CPD and networking event – a highlight in the calendar for many editors, translators, interpreters and other providers of English-language support services in the Mediterranean area and beyond. It offers one and a half days of presentations and keynote speeches, two half-days of pre-conference workshops, and a programme of “Off-METM” events.

The 2017 meeting will be held in Brescia, Italy, at the Centro Pastorale Paolo VI. This historical venue houses a modern conference facility and also offers accommodation. METM17 will have as its keynote speakers Rowena Murray, Professor of Education and Director of Research at the University of the West of Scotland, and Tim Parks, novelist, essayist, travel writer and translator based in northern Italy.

Contact information
For general inquiries about the 2017 meeting in Brescia, write to brescia@metmeetings.org