What not to forget in your quotation, John Linnegar & Jenny Zonneveld

Most manuscripts are like Pandora’s box: open them up and – surprise, surprise – any number of gremlins can (and probably will) fly out at you! And that despite the client believing their text needs only a ‘light touch’. As a result, when quoting for editing or translation work, we must first lift the lid on the text supplied. We have to scan the entire manuscript (or a representative sample) to uncover its many elements:

Next, we must evaluate all of the elements we uncover (including the quality of the writing) to determine what needs to be done and how long each task will take. This will require a close read of randomly selected passages or chapters as an essential step towards drawing up a quotation based on the page count, the number of words and/or the estimated time it will take you to complete the job to the client’s satisfaction.

John (copy-editor) and Jenny (translator) will share their experiences with clients and quoting during this plenary session at the PDD.

As a freelancer since 1984, John Linnegar has had to prepare many quotations for editing work. In his experience, all jobs need a unique cost-estimate approach. John works with some useful checklists and handy tools to guide him. Besides volunteering for SENSE, John has also been active in several professional societies of editors, including the Professional Editors’ Guild in South Africa (he served as Chair for several years), the Canberra Society of Editors, SfEP, MET and NEaT. 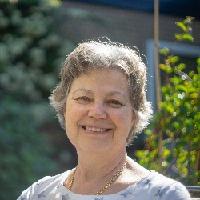 Jenny Zonneveld has a business background. Before she became a freelance translator, copywriter and editor more than 20 years ago, she spent almost as long working for a firm of management consultants. Over the years, Jenny has drawn up many project quotes, often for substantial translation projects involving multiple files and thousands of words. In her current work, Jenny has built long-term relationships with her clients, who still like to know what to expect on the invoice in advance! Besides being a long-standing member of SENSE and serving on the EC, Jenny is a member of MET, ITI (MITI) and NEaT.