How it all began: looking back on the first days of SENSE 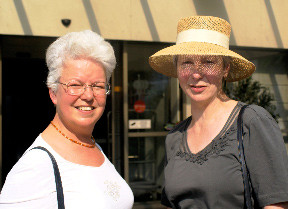 In the late 1980s I was working in the editorial office of an international geophysical journal and had joined the European Association of Science Editors (EASE). The first EASE meeting I attended was a ‘wow’ moment – gosh, there were other people struggling to make sense of scientific manuscripts written by non-native speakers! Back in the Netherlands, I started seeking out other editors. In 1989 Joy Burrough published a letter in the EASE journal about Dunglish and had contact with another editor, Victoria Thatcher. I wrote to Joy and this led to the first tea party where 10 editors met, held in Wageningen in July 1989. This was followed by a more serious meeting in Zeist in November where we decided to set up an official society. The embryonic SENSE soon expanded by word-of-mouth, and through the membership lists of EASE and WERK (Wetenschappelijk redacteurenkring, long defunct).

SENSE’s network proved its usefulness early on, as we spent hours on the phone trying to check terminology with each other (no e-mail or internet then, just paper dictionaries, a fax and a dial-up modem for transferring very small text files to translation agencies). How technology has totally changed our profession since 1990 could be the topic of a historical essay.

When I first wrote to Joy by snail mail in the spring of 1989 I had little idea of what would grow from our desire to talk to other editors and discuss the problems we were encountering. Early committees overcame limited financial resources and the problems of dealing with big egos (people who take initiative and set up a society are generally not the timid type). I’m hugely proud to see SENSE reach its 20th anniversary as an active society with 375 members covering such a wide variety of subjects and expertise. The boost from the e-mail forum has long ensured that some form of the society will continue to exist, whatever the ups and downs various committees may face.

This article was originally published in eSense 20 (September 2010, available to SENSE members only). The SENSE Historical Archives contain a newsletter published in 1995, in which fellow founding members Jackie Senior and Joy Burrough-Boenisch have compiled the timeline in more detail. The society’s ‘history’ can also be traced through the following publications: