SIGs in the spotlight: UniSIG 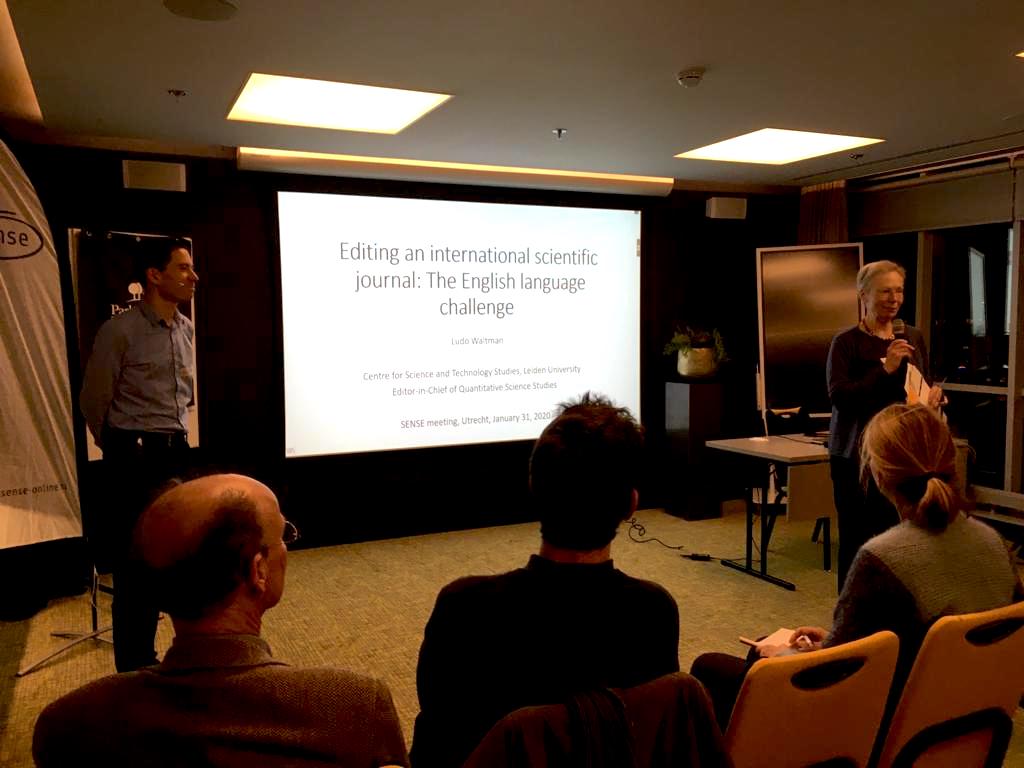 In this new blog series, we will highlight the different Special Interest Groups (SIGs) SENSE has to offer. SIG meetings are open to all members, and guests are welcome to attend one or two meetings before deciding whether they would like to join SENSE. For upcoming SIG meetings, check the SENSE Events calendar. Contact the SIG convener for more information or to suggest a meeting topic. If you would like to start a new SIG, contact our SIG and Social Events Coordinator. In this edition, we talk to UniSIG convener Joy Burrough-Boenisch.

Can you tell me a little about yourself?
I am one of the founding members of SENSE: the tea party at which a group of about ten discussed the idea of starting an organization for English-native-speaking editors was held at my house in Wageningen. I’ve been editing the English of Dutch scientists ever since the late 1970s.

What is UniSIG and who is it for?
UniSIG is for SENSE members with clients in academia.

How did UniSIG get started?
It has grown from the group that drew up SENSE’s guidelines for proofreading student texts, which was set up after former SENSE member Camilla Brokking-Maltas expressed surprise that whereas all Australian universities had such guidelines in place, there weren’t any guidelines in the Netherlands. Initially, Camilla and I were co-conveners but after Camilla resigned from SENSE to pursue another career, I stayed on as convener.

How often does UniSIG meet up?
UniSIG meetings are held three to four times a year.

How many people generally attend UniSIG meetings?
From the outset, they have attracted double-digit audiences. No less than 25 members attended the first meeting in June 2016 and registrations for the meeting held this year on 31 January at one stage exceeded 45! Big turnouts happen not only because so many SENSE members edit, translate or teach for universities and their staff or students but also because we have had excellent speakers (often recruited from the SENSE membership). Another factor could be the growing general awareness of the ethics and challenges of editing for Dutch university clients, as the rise of essay mills has hit the headlines in the UK and the Netherlands and the editing of non-native-English researchers and students is now a hot topic in the applied linguistics world (one of the leading researchers in the field, Nigel Harwood, has twice spoken at SENSE events). And as meetings are held on a Friday, maybe the post-meeting drinks-cum-networking in the bar and the opportunity to meet to eat before or after are irresistible.

When and where will the next UniSIG meeting be?
Unfortunately, planning  a suitable venue for an audience of between 15 and 25 when registrations fluctuate right up to the day of the meeting has become a headache, especially as the cost of hiring venues for more than 10 people are high and have to be paid by SENSE regardless of whether everyone who’s registered turns up. So, for the upcoming meeting on 17 April in Utrecht, we’re reluctantly requiring a registration fee of €10, which will cover at least part of the fee the venue charges per person. SENSE will continue to pick up the tab for the (not inconsiderable) room hire charge. What you’ll get for your money is an excellent is enough to tempt anyone – at a professional, easily accessible venue, plenty of convivial and knowledgeable fellow attendees, plus tea and coffee. A great way to finish the week and start the weekend!